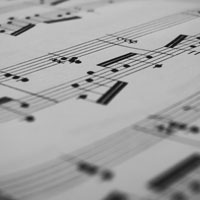 How To Write A Fugue

Consider picking up The Study of Fugue if you want the definitive comprehensive guide.

A fugue has three main sections, the Exposition, the Middle Section (sometimes referred to as the modulating section) and the Final Section. The sections in a fugue refer to contrasts in key rather than theme.

Here is an example of a fugue structure:

During the middle and final sections, various “fugal devices” may appear. They are:

Stretto occurs when entries of subject and answer overlap each other, the second beginning before the first is finished. A close stretto is one in which the overlapping is considerable.

Augmentation of the subject means statement of it in notes of greater value, usually double.

Diminution of the subject means statement of it in notes of smaller value, usually half.

Inverse movement means statement of the subject upside-down, upward intervals become downwards ones and vice versa. This is sometimes called “Inversion” but “Inverse Movement” is a preferable term since it avoids any possible confusion with inversion of subject and counter-subject.

These devices can be used in combination, e.g. the subject can appear simultaneously in Augmentation and Inverse movement (its notes are twice as long and upside-down).

Utilizing the techniques above and the example structure you’ll be on your way to writing your first Fugue. In the future we’ll be giving a step by step guide to writing your fugue beginning with constructing your subject. Stay tuned!