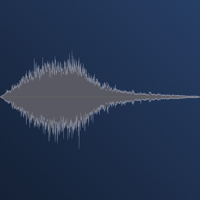 Working in today’s film and game audio environment nearly guarantees you many opportunities to produce interesting and evocative soundscapes, but while working from pre-made synth patches is great for folks in a hurry, it pays to sit down and craft something by hand whenever possible.

In this tutorial, we’ll examine one of the most flexible and accessible methods for producing compelling ambient sounds to use in your compositions: by using convolution reverb as a sound design tool. But first…

What Is Convolution Reverb?

It seems safe to assume that most folks with an interest in digital music production will have at least a passing familiarity with the concept of convolution reverb. For everyone else, the term refers to a specific type of reverb plugin that makes use of so-called impulse responses to precisely replicate the sonic behavior of echoes in a particular space.

An impulse response is typically a recording of a gunshot, a sine sweep, or a similar basic sound from which the convolution plugin can then extrapolate all the information it needs. The waveforms typically look like the one below, with a strong attack at beginning and then a sloping decay as the echoes die out. Once you pass a signal through the plugin, it uses the impulse response to attempt a convincing recreation of the way the sound would behave in the given chamber.

Most readers will be familiar with this basic usage of convolution reverb and will use several standard impulse responses to replicate the acoustics of a concert hall (for instance). This would allow you to go from an unprocessed, or dry, French horn sound:

To this much more realistic version:

And as the images indicate (this is simply Kontakt’s built-in convolution effect, nothing fancy), all we did was load up a basic concert hall impulse response! Perhaps the best part about this system is that most major DAWs and samplers come with their own built-in convolution reverb effects, so chances are you already have everything you need to make use of it. And there’s more to it than meets the eye…

Despite its usefulness in creating a realistic mix, convolution reverb plugins are also extremely versatile tools for unconventional sound processing. Because you can capture the sound of virtually any physical space, convolution reverb allows you to digitally produce sonic environments that are simply impossible to create in the real world. How would a symphony sound playing inside your piano? How about a brass quintet sitting in your flower pot? Or underwater?

This often-overlooked fact allows for endless creative potential: you can record your own impulse responses and use them to give your music a distinctly personal sound. The possibilities are limited only by your imagination. But we want to take the process even further off the beaten path to explore its potential for designing ambient sounds, so without further ado:

Since there is no rule that says you must use a specifically engineered impulse response in the plugin, commercial vendors have recently been catching on to the fact that, for the most part, you can load any standard .WAV file into most convolution plugins. This means that instead of just the basic impulse response of a concert hall…

You can break out a bizarre sound as your impulse response and achieve surprising sounds from the same French horn patch by tweaking the signal mix so that there’s significantly more of the wet signal than the dry — that is, more of the “reverb” sound than the original — and seeing what happens:

Suddenly, you can hear the overtones shimmering and everything washes together like a synth pad.

And speaking of synths, some of your best results are likely to come from starting with a synth as your sound source. Anything from a basic lead to a growling bass to a pad will lend itself spectacularly well to convolution designing. To illustrate the point, let’s take a basic FM synthesis percussion loop and listen to it raw for starters:

Funky, but since we’re after ambient sounds for this tutorial, let’s see what we can do to turn it into a useful cinematic element. For starters, let’s take this opportunity to showcase another neat manipulation that can be performed using nothing but a standard hall impulse response. Just like there’s no rule saying you must use an typical impulse response, there’s also nothing stopping you from importing your basic impulse response in a strange way — like backwards!

Taking a generic impulse response and reversing it in your favourite audio editor will yield an interesting result. Notice how now the sharp attack of the gunshot is replaced by a soft build to an abrupt drop-off? Well it just so happens that our percussive loop is full of sharp attacks that we’d like to get rid of to try and smooth it out into an ambient sound, so let’s run it through this impulse response and see what we get:

The effect is not bad, and the swishing high frequencies are great, but it’s still a bit too rhythmic and defined overall, so we can’t stop yet.

Since we have a useful starting point, we need not go back to the drawing board. As with any other type of plugin, convolution plugin effects can be stacked so that one feeds into the next and you end up with a chain of processing. This allows for powerful and drastic changes to be wrought and will enable us to put the finishing touches on our sound.

Let’s continue by selecting a second impulse response. I’ve chosen a sound that has a fairly soft attack and a long, sustained decay so that we get a smooth, stretched-out sound. Passing the original loop through it yields the following:

This on its own is already a cool sound, but it feels a bit prickly and lacks the kind of sweeping modulation that makes a useful ambient effect. However, if we first run the loop through the reversed impulse response and then through this one, we finally hit the sweet spot:

Those sweeping high frequencies are now less punctuated, so we can easily achieve a patient and dramatic build with plenty of subtle sonic activity in the overtones.

Of course, at this point we could continue on and add various EQ and other effects to our processing chain to achieve an even more distinctive sound, but even without that we have used the power of convolution to design a couple of useful ambient sounds using nothing but a basic French horn patch and a synth percussion loop!

This, of course, is merely one way in which you can use the tools you have to generate fresh and compelling material to use in your next project. Never underestimate the power of your DAW’s built-in plugins and some ingenuity!